the truth about black cats & halloween

THE TRUTH ABOUT BLACK CATS AND HALLOWEEN

It’s that time of year when animal shelters have to combat a lot of misinformation regarding black cats. Some shelters stop adopting black cats in October for fear they will be tortured. However, in the history of humane work, no one has ever documented any relationship between adopting black cats, and cats being killed or injured. The belief that 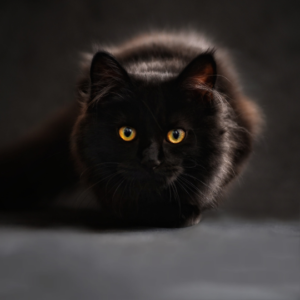 adopting black cats will result in ill consequences can be traced to three sources:

1) Ignorance: Some suggest “witches” adopt black cats for use in ritualistic sacrifices. Actually, witches do not harm their “familiars,” who are supposed to be their eyes and ears in the spirit world. To harm a familiar would be to blind and deafen oneself.

2) Superstition: Early-20th-century New York Giants manager John McGraw was notoriously superstitious, so fans tossed black cats in front of the Giants’ dugout to jinx him. In response, humane societies suspended adopting black cats during the World Series, which is played just before Halloween. The American League since adopted a rule against continuing a game when an animal is on the field.

3) Misunderstanding: Alleged Satanists were sought in nine states as Halloween 1998 approached for crimes that drew sensational media coverage and rewards up to $10,000. Similar panics develop each summer coinciding with the emergence of young coyotes from their dens and the first hunt of newly fledged raptors. The panics rise in sync with public attention to witches, ghouls, and goblins; abruptly ending after Halloween – unlike cases involving human sadism.

Predators, unlike human sadists, are quick and efficient, avoiding waste. Their teeth and claws cut more cleanly than a knife and they don’t leave much blood behind: that’s food. When interrupted, they flee with the parts they most want to eat. When time permits, they consume the richest organs and leave the rest.

Coyotes typically attack small prey such as cats from behind and side, with a scissors-like jaw snap to the backbone that frequently cuts the victim in half. When startled, they flee with the back half and whatever internal organs come along, leaving the head and forepaws. These are among the cases misread by investigators as a ritualistic crime.

Against larger animals, like sheep and deer, coyotes attack the throat and belly, consuming the viscera first. Cats, wild and domestic, tend to leave inedible organs in a neat pile.

Cats will deposit carcasses, or parts thereof, at the doorsteps of humans they are courting. When cats kill smaller animals, such as mice, they consume the whole, but with prey their own size, such as rabbits, they may leave behind heads, ears, limbs, and fur.

When quarry survive a first strike, coyotes and wild cats will follow up with a skull-crunching bite to the head. Several panics over alleged sadists drilling mysterious holes in the skulls of pets were resolved when investigators found the holes aligned with the incisors of wild predators.

Any predator, especially coyotes and raptors, may be involved in alleged “skinned alive” cases. The usual victims are dogs mistaken for smaller prey. The predator holds on with teeth or claws while the victim runs causing a set of sharp, straight cuts investigators describe as “filets.

Raptors account for cases where viscera are draped over cars, porches, trees, signs and mailboxes. They take flight with their prey and parts fall out. They may return to retrieve what they lost if it’s safe.

Crows account for cases where eyes, lips, anuses, and female genitals are removed from fallen livestock. Sometimes the animals are killed and partially butchered by rustlers. Others are victims of coyotes or eagles. The combined effects of predation and scavenging produce “mutilations” attributed to Satanists or visitors from outer space, but except where rustlers are involved, there is rarely anything more sinister going on than natural predators making a normal living. 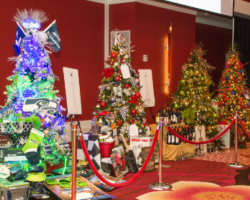 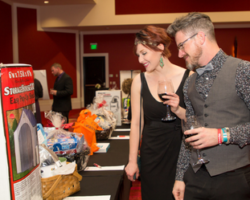 Please fill out the information below. If the prefered time has already been requested, we will reach out to you and try and fit you in during another time that is convient for you